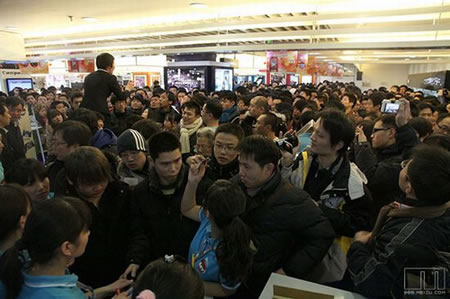 While the Apple store in the US are used to seeing long queues, as fans gather to get their hands on their latest gadget, in China the lines are elsewhere. Thousands of Chinese tech-geeks recently queued outside the Meizu store at the launch of the company’s latest Android based devise, M9. Meizu, which previously launched the iPhone knockoff four years ago, runs on an Android 2.2 OS. It also features a 1Ghz CPU, 3.54inch display, 5MP camera, bluetooth and WiFi connectivity, and a Micro-SDHC slot.