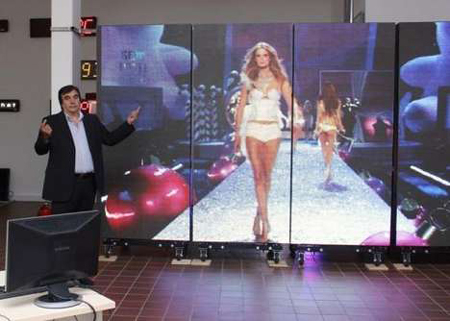 Display screens used to be power hoggers in a time when CRT screens were commonplace. Then came the green revolution and makers started building displays that consume minimum power. This was followed by liquid crystal displays and LEDs and the likes. Now we have something that grabs green revolutionaries by the scruff. Behold the world’s first LED display screen with an in-built solar panel. The panel is large enough to be installed in concerts and sports arenas. Nothing beats the 5KW solar panel when it comes to clean, green entertainment.

Now this adds impetus to areas that suffer power shortages or cannot be powered enough owing to remoteness, water or other factors.
TrendHunter