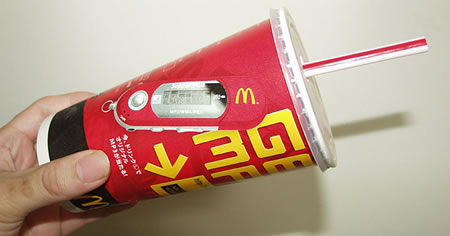 If it is not lawsuits then there is virus infected MP3 players, the fast food giant is always in the news. It all started in August when McDonalds Japan in association with Coca Cola announced a contest, where a MP3 player was awarded upon sending the unique number on the Coke glass as a text message. In all 10,000 winners were announced and each got a Mac branded flash DAP preloaded with 10 tunes. However the MP3 players were infected with QQpass a very dangerous malware. So your PC is infected once you connect the DAP and it starts logging and transmitting username, passwords and other vital information. McDonalds Japan has apologized and set up a 24 hour helpline for those affected by the spyware loaded MP3 player.
Update – Apple ships Video iPods with Windows virus

McDonalds Japan has also set up a private inquiry to look into the matter.
Via – McDonalds holdings Japan (Japanese)