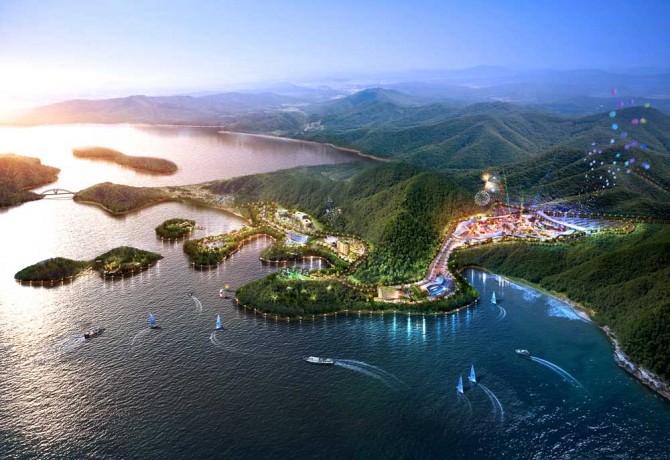 Most of us might have never ever heard of the term robot tourism, but it’s soon going to be a major attraction in Korea. South Korea is all set to build a massive billion dollar ‘Robot Land’ that will be solely dedicated to working on and treasuring robotics. Named the Masan Robot Land Project, the plans initially went adrift and was lost it permission and environmental clearances. But the project was finally officially launched on December 7, 2013. It might sound like a theme park dedicated to robots but it’s more of a technology fair made to evoke interest in robotics and fuel the growth in the industry.

Korea’s Ministry of Commerce, Industry & Energy initially came up with the idea of the Masan Robot Land project and has been working on it since 2007. The project has finally received operation clearances and has got permission to occupy lands that include an existing road and stream. When completely built, the Robot Land will include a convention center, robot exhibition hall, and robot-themed parks and hotels. The final phase of the construction for the project is expected to be completed by 2018 and has already received about $1.23 billion US dollars in private and public funding. South Korea in the past few decades has turned into the leading driver of innovation in technology and has taken massive leaps in the industry. The robotics industry is experiencing a massive growth in the country which is almost 35% annual growth rate and is backed by the government.