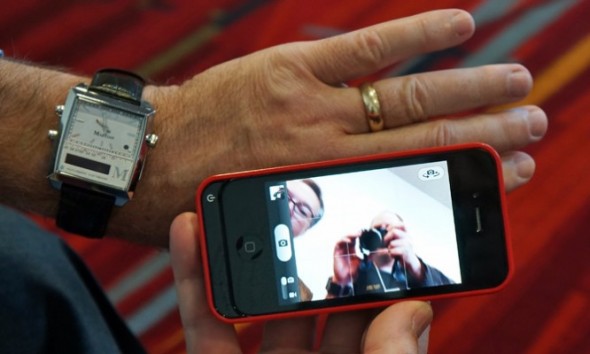 Wrist-watches have turned into more than just devices that keep your punctuality in check at CES 2013, a startup called Martian Watches unveiled a one-of-a-kind wrist-watch that hooks on to smartphones and allows users to interact with voice-assistant applications like Siri and Google Voice. The watch sports an analog face with a 12-character LED. Capable of being used with Android or Apple smartphones, this is one of the first watches that support voice commands.


The watch also enables users to make crystal clear calls and is available in three styles. The watch displays the first 40 characters of emails you receive and also provides other alerts. Priced at $249 to $299, the Martian Watches are available on Kickstarter.