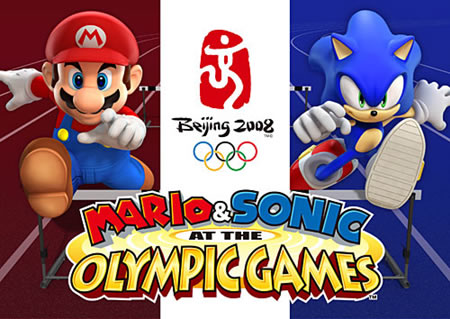 Mario and Sonic team for the Olympic Games

Nintendo and Sega will be teaming up to develop a game ‘Bejing Olympics’ (temporary name) which will feature their mascots as the lead characters Mario and Sonic. The game will be released for the Wii and DS and will feature both the characters competing for the gold in a variety of events from 100m dash, swimming, table tennis, and so on. Two of the most powerful characters in the gaming world will unite to compete in the biggest sporting events of the world said Hisao Oguchi of Sega.

Bejing Olympics as it is known for now will go on sale later this year, exact date and pricing is unavailable.
Via – Nintendo (Japanese)