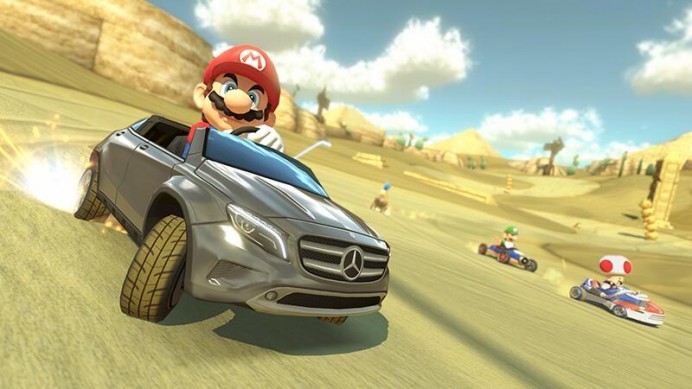 American-Italian plumbers have always had a certain soft corner for Mercedes Benz and it isn’t surprising that the world’s most famous of his kind, Super Mario, now has one for himself too! Mario Kart 8 players can now download a free DLC which enables the man with the puffy moustache to hop aboard a Mercedes Benz GLA and drive around the game. Those who’ve been closely in touch with the Mario Kart game will know that this is the first time in history a real car has made an appearance in the franchise. Mostly, Mario drives around in imaginary well-thought-of cars and doesn’t jump behind the wheel of a German luxury SUV.

Also, the DLC isn’t all! A video too has shown up in Japan, featuring a real-life hunky Super Mario driving a real-life Mercedes Benz GLA. The video has gathered quite a lot of interest, particularly from female Mario Kart fans who’ve been drooling over Mario’s new-found biceps. Anyway, we’d also like to see Mario drive around a charming V12 Lamborghini Aventador or a true-blooded-Japanese GTR sometime soon. We’re keeping our hopes up and our fingers crossed. What car would you like to see Mario drive? Leave a comment with fragments of your imagination! 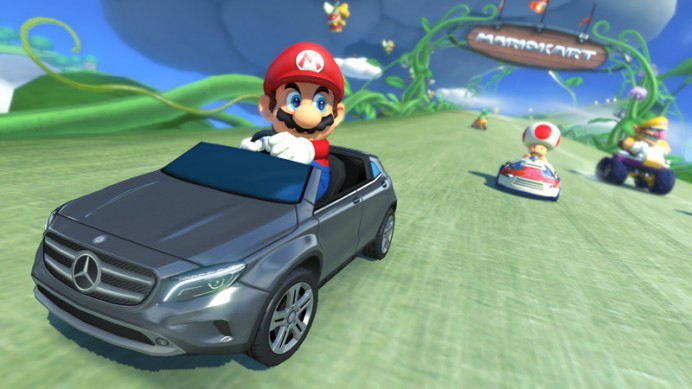 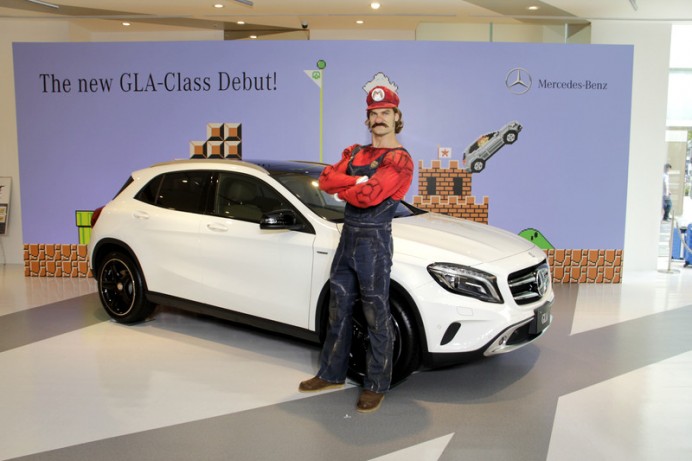