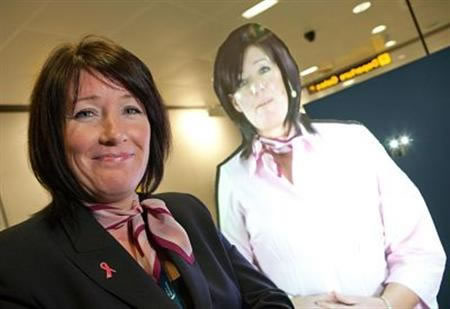 When I bumped into the human sized projection box from Holocube some days back, I thought folks would probably this to given an illusion of suspended human figure in a room and creep out their guests. But the authorities at Manchester Airport came up with a much more constructive use of this Hologram technology. They are staging hologram versions of their employees at the entrance to the security search area which will guide passengers about the restriction on carrying liquids on the flight. In spite of the information boards, the talking-image would serve as a gentle reminder for it has been observed that passengers often tend to forget to remove liquids from their bags. So when passengers voluntarily get rid of their liquids, security process will be smoothened and rendered quickly. And also, this would save the employees the horror of throwing the passenger’s make up or drinks and avoid those ‘You son of ^$#%’ looks.
[Reuters]