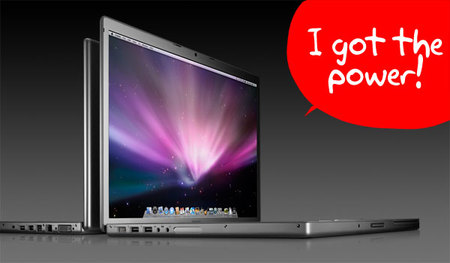 Apple has updated the MacBook Pro and the MacBook and has included the latest Intel Core 2 Duo processors, larger hard drives and 2GB of memory standard in most models. MacBook Pro includes the latest NVIDIA graphics processors, now with up to 512MB of video memory, plus the Multi-Touch trackpad, which was first introduced in MacBook Air, is also included. The 2.5 and 2.6GHz models come with a new NVIDIA GeForce 8600M GT with 512MB of GDDR3 RAM. The MacBook however, does not feature the Multi-touch trackpad. With the new Core 2 Duo versions across the board, the systems will be about 50% faster and more power efficient. There is LED option on top of the line 17″ screen. Roll over for the press release and pricing.