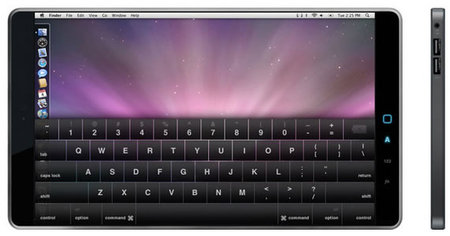 MacBook Nano or iPhone Slate, the latest buzz on the Apple front

Rumors are around that we should be expecting either a new upgraded iPhone 3.0 or an updated MacBook or the NetMac 1.0. John Markoff at the New York Times has got the whiff of a potential MacBook nano / MacBook touch / iPhone slate which has been spied on the logs of an unnamed “search engine company”. Apple has a history of being spotted on the wires before launch; however multiprocessor Macs running SETI or other distributed computing tasks were never released. Gizmodo believes that an iPhone HD with an updated 800 x 480 pixel display, probably coming in 2009. That resolution is something between the iPhone’s 480 x 320 pixels and MacBook’s 1280 x 800 pixels, which is completely reasonable: Other phones—like the HTC Touch HD—already have these ultra-sharp screens.

Gizmodo also says that some people feel that a hackintoshed netbook, a computer running a modified version of Mac OS X could match the profile. All hackintosh computers identify themselves as a Mac Pro, independently of their hardware.
Source