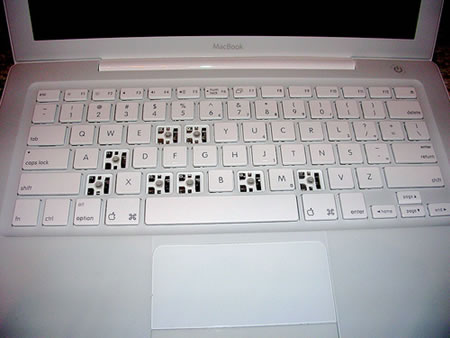 Though I have not used the Dvorak layout I have heard it is much easier compared to the standard QWERTY keyboard layout we have been using since ages. I wonder why manufacturers dont give the option as all major operating systems (Windows, Mac, GNU/Linux and BSD) ship with standard QWERTY and Dvorak layouts. However this was not to stop an enthusiastic Mac fan from physically converting his MacBook to the Dvorak keyboard layout. it is not that difficult as you only have to swap a few keys here and there using a standard mini screwdriver.
(More pics after the jump) 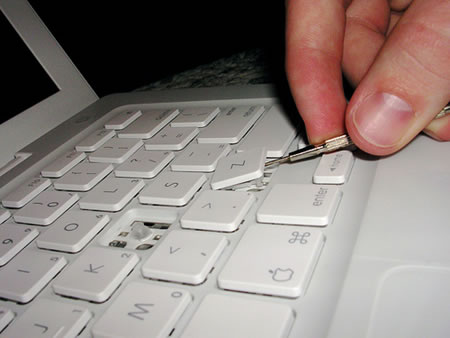