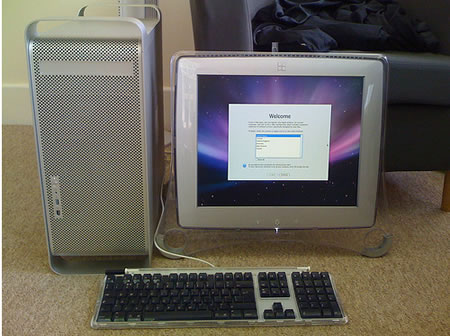 Mac G5 for sale – The Firefox logo was made on it

Jon Hicks designer of Firefox is selling his Mac G5 on which the Firefox logo was created. It has a 1.6ghz G5 processor with 160GB hard drive, 1.5GB of RAM and comes with Leopard installed. Also included is a 17″ Formac Gallery Display with ADC connector. Jon is looking for around £250 ($ 500), which is less considering the rich history associated with it.
You can bid at Jon’s Flickr page.