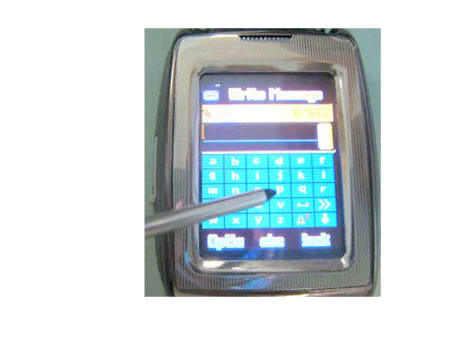 M500 the world’s smallest phone gets even better

The final version of the world’s smallest mobile phone M500 designed by SMS Technology Australia has been given full clearance to be supplied with full metal strap bracelets. After undergoing three weeks of antenna testing the final version of the M500 Retail models delivery will commence on August 31st from Hong Kong. The new model M500 comes with an extended stylus by a further two inches, a luxurious metal strap bracelet, battery upgrade and some additional software upgrades, including Pop3 email and instant messaging software.The water-resistant M500 works on GSM Quad band frequencies which are 850 MHz, 900 MHz, 1800 MHz and 1900 MHz. This allows any individual who has a GSM SIM card to use the M500 in any country around the world. The M500 has a built-in MP3 and MP4 player, Voice Bluetooth, Data Bluetooth, Pop3 email and 128MB standard memory and U Disk functionality for all JM2E applications.

A 1.5 – inch colour TFT Touch screen is the biggest advantage of this unique device which weighs a mere 60g. Current manufacturing levels of the of the world’s smallest mobile phone M500 is 250,000 units a month, with the global retail launch taking place in South Africa on September 10th 2007.
Via – Fareastgizmos