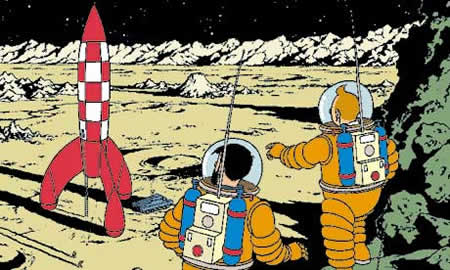 Lunar Greenhouse to feed tourists on the moon

It seems that we are increasing gearing ourselves up to escape from Earth and move to the moon. Virgin is offering tickets to fly there, Japanese scientists are designing robots that can live there and now scientists at the University of Arizona’s Controlled Environment Agriculture Center (CEAC) seem to have developed a greenhouse that can grow plants there. The scientists have been experimenting with a collapsible, hydroponic “greenhouse” – that is, one that only requires water for the plants inside to grow. The team built a prototype lunar greenhouse in the CEAC Extreme Climate Lab, and has been demonstrating its growing potential with potatoes, peanuts, tomatoes, peppers and other vegetables. The idea is for the greenhouse to be buried under the surface of the moon to protect plants from powerful solar flares, rather than utilising solar power for plant growth. It would also include water-cooled sodium vapor lamps and seed “envelopes” that would sprout hydroponically. Water could be extracted from astronauts’ urine and fiber optics could channel sunlight from above to the plants underground. CO2 could be fed in via pressurized tanks, or from the astronauts’ breathing.

While this may all sound rather far fetched, don’t trash this greenhouse too soon. A similar hydroponic system has been growing veggies at a South Pole research station for the past six years.
[Space]