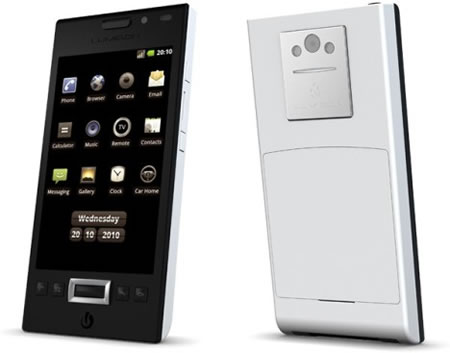 Android phones are flying out of the factories all over the globe. Another one on its way is from a company called Lumigon based out of Denmark. They’re launching a hardcore media based T1 Android powered handset. This one’s going to come loaded with all kinds of multimedia goodies that include Bang & Olufsen’s ICEpower audio amplifiers for starters and an HDMI dock. The phone will run on an 800MHz Freescale i.MX515 chipset and features a 3.5-inch touchscreen with 480 x 800 pixels, a 5MP camera, A-GPS support, Bluetooth of course and an FM radio with an FM transmitter as well. The handset is due out sometime at the end of the year. I don’t expect it to be cheap, but manufacturers have known to surprise us these days, especially in the android segment.
[Ubergizmo]