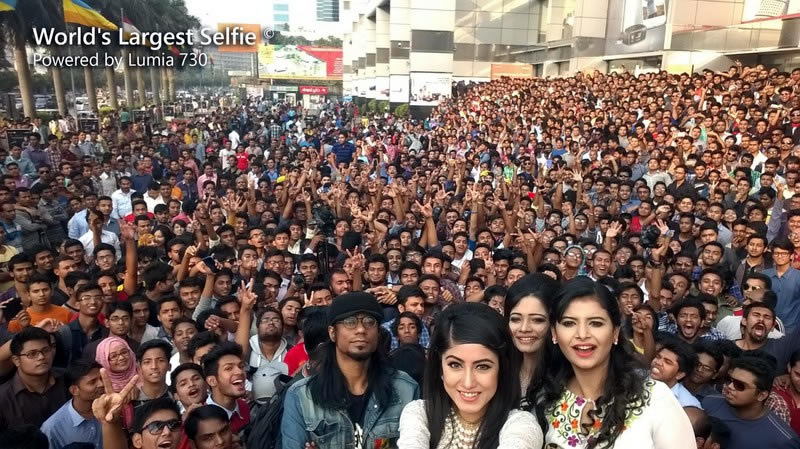 This image is really something but the three pretty faces in front take the cake for sure. Yet again, we see the classic selfie being a shared affair with no more bathroom shutterbugs trying their hand at courtship opportunities, instead, a rather massive horde consuming screen space. This happened miles away in Bangladesh where the Microsoft Lumia Bangladesh Facebook page posted the image of what could well be the ‘world’s largest selfie with recognizable faces’. The Lumia 730 was the tool used to capture 1,151 people in an attempt to make a mark on the Guinness Book of World Records.

And voila! The record-keeping company confirmed this event as the world’s largest selfie. That’s some branding done well and hey, they’ve even kept the value proposition intact.