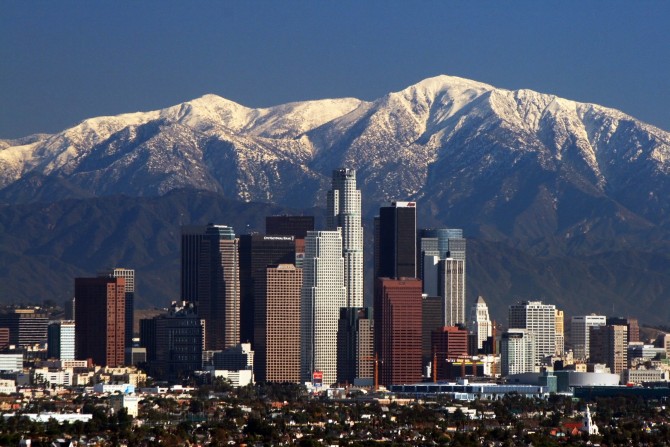 LA may be first truly high-speed city with plan for citywide gigabit speeds for homes and businesses, Google Fiber not considered yet

The city of Los Angeles is prepping up for a big move in the internet space. The goal is to offer all businesses the essentially the entire Los Angeles populous high speed broadband via fiber. It’s been reported that the City Council of LA voted to move what’s called the RFP (request for proposals) draft, for the fiber systems, forward and then take another vote later on to determine if it’s a go.


To get the city of LA up to the fiber standard it would cost about $3-$5 Billion, a cost they expect the vendor of the service to bear. This new network, whoever would supply it, would give free 2-5Mbps connections as well as paid tiers of up to a gigabit to users across the city, including public Wi-Fi hotspots. It’s possible that advertising and offering a landline phone service or smart TV/set top box would be required in order for the vendor to regain some part of the costing. But that hasn’t been decided or confirmed yet.

Even though Google Fiber has been tried and tested and already runningin Kansas City (MO) and Provo (UT) and aiming for Austin (TX) next, they don’t seem to be considered for this role. Los Angeles Information Technology Agency GM Steve Reneker is reported to have said that Google Fiber in its current form wouldn’t be considered as their business model didn’t meet the requirements of providing the entire city including businesses with the service. “They only run residential. We’re requiring a component for the business. That would be a new market for them. There are two things: would they be willing to change their model slightly, and also would they be willing to respond to an RFP? I don’t believe they’ve responded to RFPs in the past in other communities, but they would need to here in Los Angeles.” Reneker said in a report. I wonder if Google is going to make a bid nonetheless?