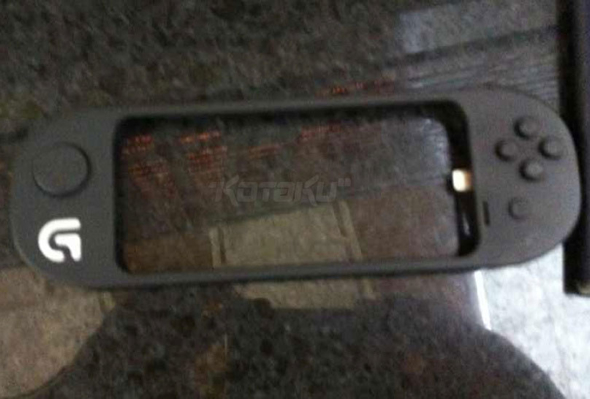 Last week at WWDC, Apple showcased its iOS 7 with a revamped Game Centre. But along with that, for the first time n history, they announced an API for 3rd-party MFi game controllers and showed off two examples. It’s barely been a week and already a leaked picture has surfaced online of what is said to be the first ‘Made for iPhone’ game controller built by Logitech. The controller looks strikingly similar to Play Station Vita.


The image was leaked by Kotaku, though the source wasn’t disclosed but they’re pretty confident on the authenticity of it. The control scheme is fairly simple and intuitive; it has four buttons on the right, a joystick on the left, and a Lightning port. It features a large enough space in the centre to fit an iPhone 5. The prices and availability hasn’t been announced as of yet but we still have till fall for iOS 7 to be launched. These awesome game controllers look to be the final nail in the coffin for hand held gaming consoles and they might soon become obsolete.