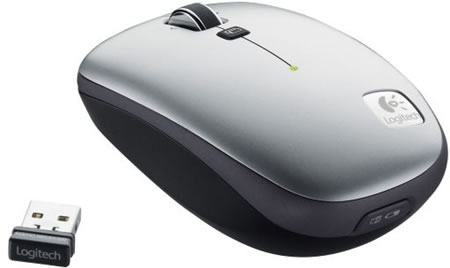 Not everyone likes the idea of probing their fingers across the touchpad of their laptops. Such folks normally resort to using laptop mousse. These are generally built to compliment laptops and are conveniently small and easy to carry. The only thing that remained as a hurdle for those who carried such a mouse around was the fact that they weren’t exactly easy to carry around. Hence we have the Logitech V550 Nano that comes with a clip dock that can clip to the outside shell of the laptop, making it less painstaking. There are however some problems with this concept. With the mouse attached it may be difficult to stuff the laptop into your carrying case. Well, can’t get everything on one platter, can we?

The Logitech V550 Nano mouse costs $60. With a battery life of 18 months, you shouldn’t need a change every now and then.
Source