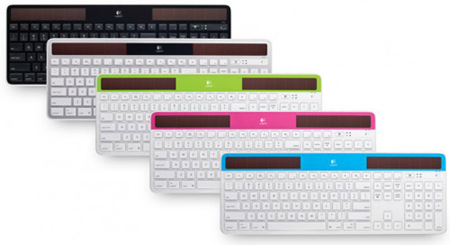 The Logitech K750 was one big hit when it released in its black avatar last year. Now the company has decided to ensure that it goes well with Macs as well. This is simply a treat for eco-conscious Mac users as the keyboard is solar-powered. It packs the regular QWERTY keys along with a numeric keypad, Function keys for media playback control, screen brightness adjustment, accessing Expose, Mission Control and Dashboard. If you wouldn’t want the stereotypical white the you could go in for the five color options that the K750 offers.

It is fully powered by ambient light and even indoor lighting works just fine. Pick the K750 later this month for $60.
Logitech