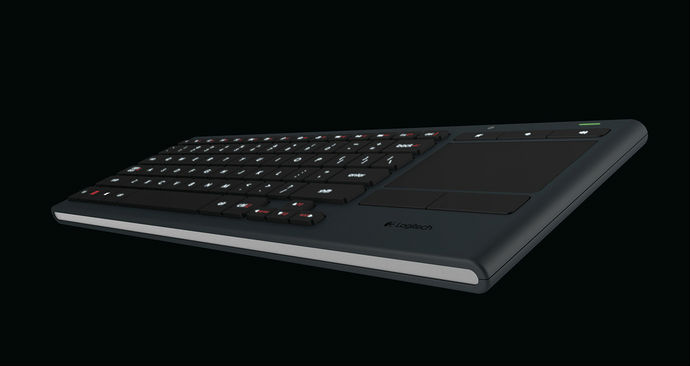 Logitech is currently one of the fore-runners in the realm of computer peripherals, and for good reason. The company has been dishing out some pretty innovative accessories for computers since quite a while now, and has managed to do it all over again! Logitech’s most recent unveiling has left us pleasantly surprised, christened the Illuminated Living-Room Keyboard K830. This peripheral makes the use of a smart TV extremely simple. As compared to a conventional smart TV remote controlling, using a wireless keyboard like the K830 makes surfing the web and navigating around various menu screens much simpler.

Apart from being the perfect living-room entertainment companion, the Logitech K830 also has a bunch of eye-catching features like a backlight that switches on every time a user begins typing and fades out when the user stops punching down keys. Connected via 2.4Hz Wi-Fi, the Logitech K830 lasts up to 10 days on a full battery. The keyboard can be charged via microUSB and is also compatible with desktop computers and laptops. The device comes with an impressive 33-foot range and will hit European shores later this month. Logitech has priced this cool piece of technology at approximately $150, a price that’ll see many takers.