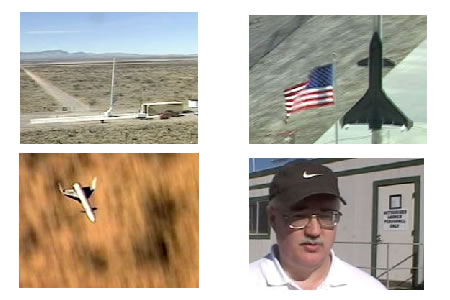 Lockheed Martin to send future crafts to space on autopilot

I often wondered why we still need a man on the moon or the eternally mysterious planet Mars? Why not just send a robot that could take a walk, take pictures and even hoist a flag for humanity instead of just one country. Lockheed Martin Corporation is now using the spaceport to advance some of its less-publicized technology. This prototype of Lockheed Martin’s new spacecraft is only one-fifth the size the future vehicle would be. It looks a bit like the space shuttle and would fly to space and return the same way. However, even the big version would not carry people, just satellites. The goal is to get to orbit faster and cheaper thanks to an automated reusable spacecraft run by its own computers and just a handful of people for a launch crew. To be able to have a spaceport located down here where we can come in and almost just drop right in, do our thing and then be able to go back home and review the data and then be able to schedule and come back, that is very key for us.

To provide the actual launch services for this vehicle the new firm hired the company that’s already launching rockets at Spaceport America: UP Aerospace. Space tourism is great, but if it could be broader and include aerospace companies and military operations and things like that, then it will be much more stable as a spaceport moving forward says Jerry Larson of UP Aerospace. “It won’t be so reliant on just one tenant.” As is usual in aerospace research the inaugural flight of Lockheed Martin’s spacecraft answered many questions and posed some more. Designers will adjust and be back.
Source