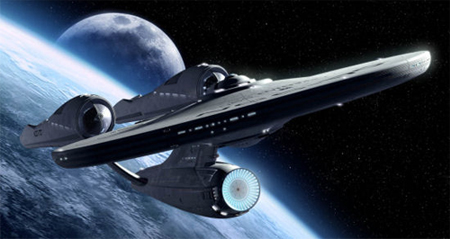 Trekkies will find all kinds of excuses to own all the variations of the famous starship Enterprise. FX Company just happens to be one of the companies who make some of the better models for these die-hard fans and they’ve got another new variation due to be out soon. This one is modeled after the Enterprise depicted in “Star Trek: The Motion Picture”, which was also called “the refit. This is a 1/350 scale model of the now legendary ship and comes complete with a detailed VIP lounge that even has crew member’s visible inside, a botanical garden with scale foliage no less, LEDs lighting all portions of the interiors of the ship and even Fiber optic LED illumination on each side of the entry hatches . It also has shuttles, travel pods, & worker bees that can be seen in the shuttle bay area. That icing on the cake is the Blue LEDs for warp engine illumination. All of the lighting that this baby comes loaded with is controlled by a 4-function remote and powered by an 12volt AC/DC transformer. Wow! This is definitely not for the kids and we never had anything like this back in the day. Sadly though, this model is just for display it seems like it’s not going to be sold. Of course that also largely depends on what offer is made for it at some time or the other, but I know I’d pay to see it.