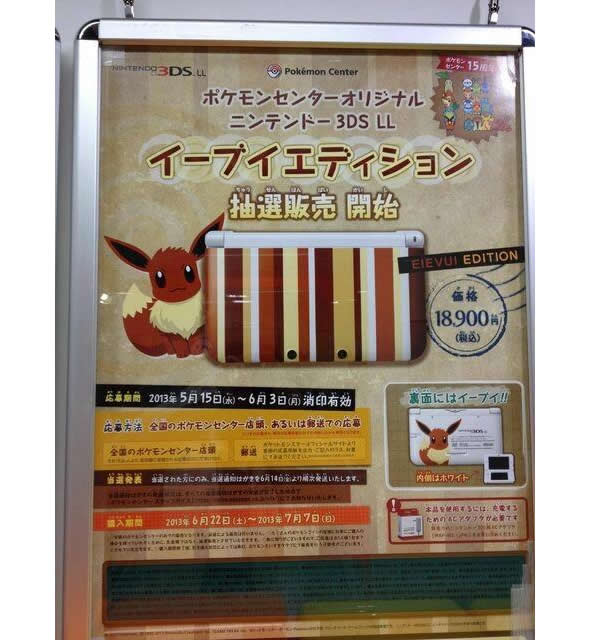 Japanese gamers are get more than their share of exclusive limited edition Nintendo DS handhelds. The recent Pokemon 3DS LL was a sell out in less than 24 hours and to feed the fan’s demands Pokemon center has announced a limited edition Eevee Nintendo 3DS XL. This one would not be sold on a first serve basis but rather in a unique lottery system where buyers would be randomly picked from a list. The limited edition Eevee 3DS XL will be a Pokémon Center-exclusive, featuring stripes with Eevee colors along with a cute design on the back and a white interior.

Although money would not be a object for someone waiting to get his hands on the Limited Edition Eevee Nintendo 3DS XL it will sell for 18,900 Yen ($ 190).