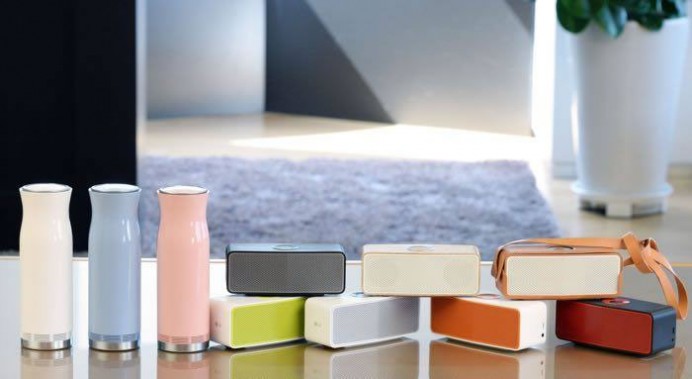 The LG Music Flow P5 and the LG SoundPop 360 will be arriving soon. Armed with a minimalist styling and soft colors, these speakers a fairly distinct from each other. The Music Flow P5 is highly portable and flaunts a powerful sound output. It offers support for LG’s Auto Music Play, which automatically plays back music as soon as it detects an audio source in range. The P5 follows the P7, its predecessor. This series of speakers makes it clear that we can expect a more elaborate range of wireless speakers from the house of LG soon. The rechargeable battery of the P5 allows for continuous playback of up to 15 hours. Next up is the SoundPop 360 that resembles a coffee tumbler. This makes it easier to fit into the portable backpacks of today’s listeners who prefer their music on the go. Its revolutionary design could also make it a prized possession for those who are looking for home interior-friendly designs in speakers.

Both, the LG Music Flow P5 and the LG SoundPop 360 are expected to arrive soon. From the timing of the announcement recently, we can predict that an IFA 2015 (Berlin, next month) announcement would be a safe bet.