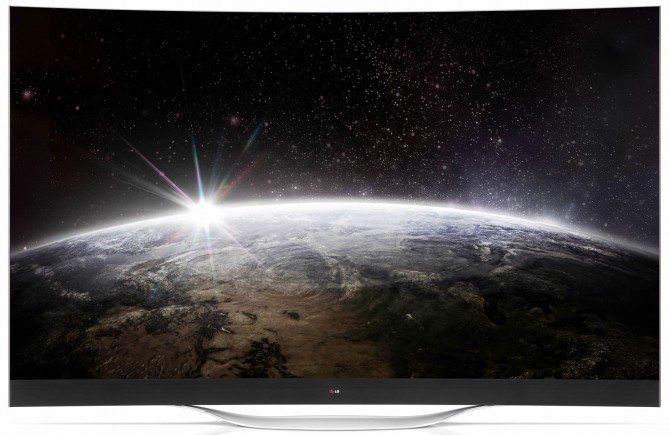 There are some things that please the eye to every extend, things that you simply wouldn’t wish to stop ogling, things like LG’s beautifully crafted 4K OLEDs that will show up at next week’s CES in Las Vegas! These OLED television screens will feature 4K resolution at 3840 x 2160 pixels. The LG babies will also come with three sizes and two curvatures. Speaking about sizes, the 55-inch and 65-inch televisions will be available as both, a curved screen or a conventional flat panel. The LG flagship 77-inch model however will only be available with a curved screen.

These 4K OLED television sets will boast LG’s WRGB (white, red, green, blue) OLED technology, capable of producing unseen HDR-quality colors and contrast. Apart from this, all of these swanky new television sets will pack HDMI 2.0 ports and decoding support for both H.264 and H.265 formats at both 30 and 60 FPS! As expected, the wallet-blowing 77-inch flagship sets will also sport 3D capabilities and can accurately upscale SD, HD, and full HD signal without a blur. LG hasn’t divulged any information in regards to the pricing of these 4K OLED television sets though we do expect them to come with significantly longer price tags than most of LG’s current offerings.