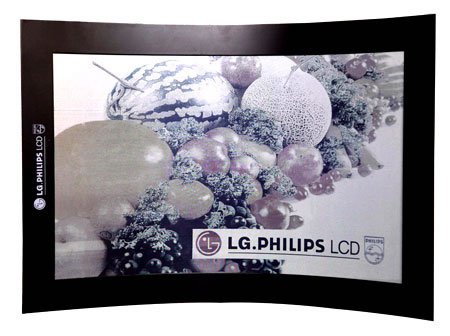 LG.Philips LCD will debut the world’s highest resolution 14.3-inch flexible color E-paper display at the Consumer Electronics Show (CES) 2008, to be held at the Las Vegas Convention Center (LVCC), January 7 to 10, 2008. The 14.3-inch E-paper display, which is equivalent in size to an A4 sheet of paper, represents a significant improvement over its predecessors with a resolution of 1280 x 800 pixels, and the ability to display 16.7 million colors, making it suitable for use in high-end multimedia applications. These displays are extremely energy efficient, only using power when the image changes. Additionally, the displays are extremely thin, at less than 300 micrometers.

LG.Philips LCD’s use of metal foil and plastic substrates, rather than glass substrate makes the flexible color E-paper display bendable and durable, while maintaining superior display qualities. The 14.3-inch display uses a substrate that arranges thin-film transistors (TFT) on metal foil rather than glass, allowing it to recover its original shape after being bent. The 14.3-inch flexible color E-paper display can also be viewed from a full 180 degrees, so that images always appear crisp, even when the display is bent.

G.Philips LCD will also unveil what it claims is the highest resolution mono flexible E-paper, similar in size to a B5 size paper, which it plans to launch in 2008.