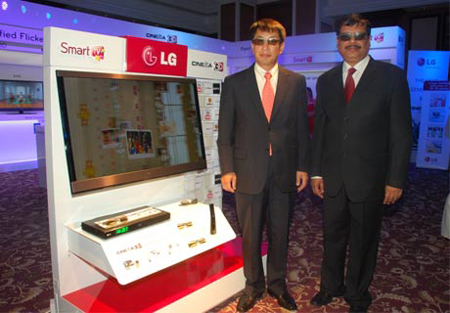 It’s time LG did something to upgrade their stagnating line of monitors. That’s just when we learn of the introduction of Cinema 3D, as the new feature in the monitors. The D41P and D42P are rolling in with considerable splendor. Resolutions of 1920 x 1080 pixels are now possible on monitor sizes ranging from 21.5- to 25-inches. Other features include 2D conversion, response times of 5ms, HDMI 1.4 port and LG’s Film Pattern Retarder coating. Both are said to be flicker-free masterpieces.

There’s nothing said on the pricing of the monitors but what we do know now is that they can be all over the place by June. Now, they’re only available in South Korea.
Techgadgets