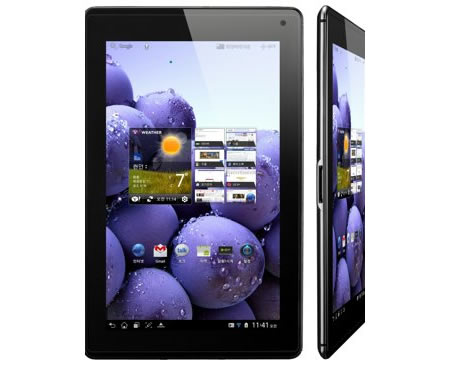 LG has finally unveiled their first ever LTE-capable tablet called the Optimus Pad which packs specs like an 8.9″ True HD (1280 x 720) IPS display, an 8-megapixel rear camera, a 2-megapixel front facing camera, a Qualcomm 1.5GHz dual-core processor, Android 3.2 Honeycomb, 32GB of internal storage, microSD card slot (up to 32GB), HDMI output, DLNA, and a 6,800mAh battery. The tablet will initially arrive in South Korea before anywhere else and Samsung has remained shy as to when it will bringing an Android 4.0 ICS update for this one.