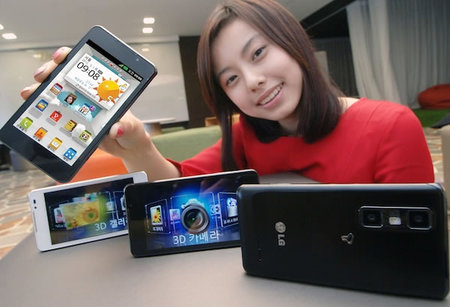 LG is putting its best foot forward for this year’s MWC with the announcement of its latest flagship handset called the Optimus 3D Cube. The specs are something that you’d usually expect from the Optimus 3D successor like the 4.3-inch IPS display, 1.2GHz processor, 5-megapixel camera, 16GB of storage, and a 1520mAh battery. The device expects to command leverage in the marketing owing to the 3D camera and the glasses-free 3D screen which is going to add in full 3D video editing software as well as a 3D mapping application.

The Optimus 3D Cube measures 126.8 x 67.4 x 9.6 mm, the device is pretty thin and LG has also included an NFC chip and made the Android 2.3 software compatible with its “LG Tag” system. It is scheduled for launch in Korea on SK Telecom for a TBA price.
[Engadget]