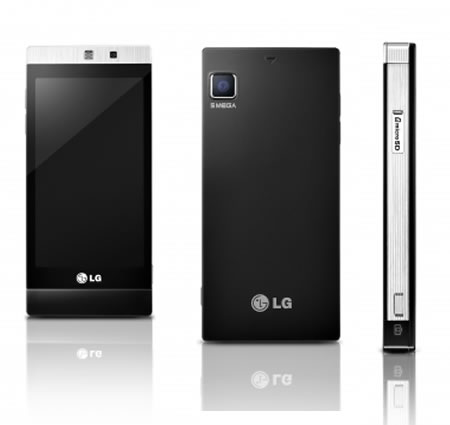 LG Mini GD880 is smaller and thinner than all touch phones

With a form factor that puts all near competition out of contention, the uber sleek and uber slim LG Mini GD880 is made ‘in response to specific requests from actual consumers’. The existing customers of LG seem to be having a problem with the excess bulk of the full-touch (3.2” screen) phones that are available presently. Under the sleek, sexy and slim hood comes some interesting features like 7.2 Mbps HSDPA, Wi-Fi, a-GPS, FM and even a cool 5 megapixel camera. The phone is most likely aimed at those who dig social networking more than anything else in a phone. Trust me, that’s not a small user group they’re targeting.

Starting in March, the LG Mini GD880 will be available in Europe. There’s not announcement about the price as yet.
[Unwiredview]