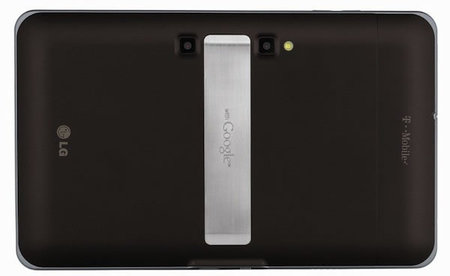 The 3D-centric LG G-Slate,one of the few tablets powered by Android 3.0 Honeycomb, has finally arrived on T-Mobile for $529.99 with a two year contract. LG was pretty upfront about joining hands with T-Mobile when it unveiled its tablet last month, so nothing comes as a surprise here. Some might argue the hefty price tag but just like Motorola XOOM, this tablet too wants to cash on of being one of the earlier gadgets running on heavily-tablet-optimized Honeycomb OS. Other headline specs which justify the pricing includes 3D recording, with two rear facing cameras and the ability to playback 3D content on the tablets 3D display with 3D glasses of course.
[Engadget]