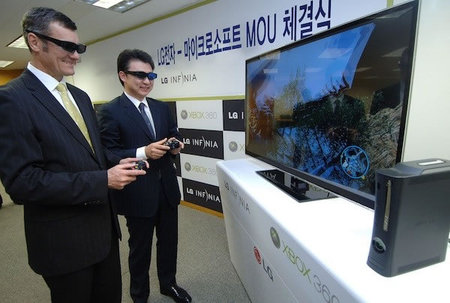 Two player games lacked the charm of it all with split screens before. These tended to be distractive, and stupidly allowed your opponent to keep a wary eye on every move you make! Now, LG has developed a screen that lets Xbox gamers see two different views on the same screen with different perspectives altogether! Called the LW980T, the screen showed up at the IFA and requires users to use all-right/all-left passive 3D glasses. And the best part of it all is that your opponent seated beside you can’t really spy on you while you beat the living daylights out of your game controller! The screens are available in 47 and 55 inches costing $2915 and $4050 respectively!