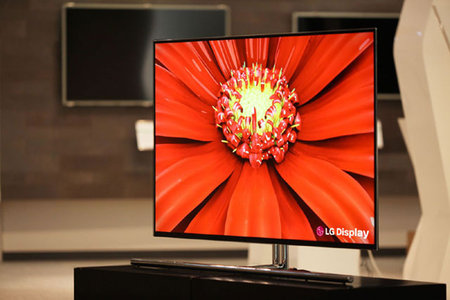 Just a couple of days ago we told you that the OLEDs are going to be one of the most-awaited tech products at CES 2012. LG has already announced that it has successfully developed the world’s first 55″ OLED panel for HD televisions. The world will be able to catch its first glimpse at the upcoming CES event. IT supports a 100,000:1 contrast ratio and LG boasts that these can reproduce more colors than LCD displays. The folks at Korean giant also suggest that this new technology allows light emitting diodes to self-generate light and features a reaction velocity to electric signals over 1000 times faster than liquid crystal. Talking about pricing and availability is pre-mature at the moment, but we’ll keep you updated anyway.