While we busy ourselves in figuring out which AMOLED display would be just perfect, we may have well forgotten that the planet was once inhabited by some rather swanky flip phones. Thanks to several manufacturers in the Far East, we still have clamshell or flip phones arriving every now and then. LG have recently added to this rare collection with the introduction of the Wine Smart phone. It doesn’t at all impress with the specs (head after the jump for a summary) but does bring back memories of a time when we wondered how save was it to have your screen exposed. Due credit to the various Gorilla Glass versions that put that concern to rest. 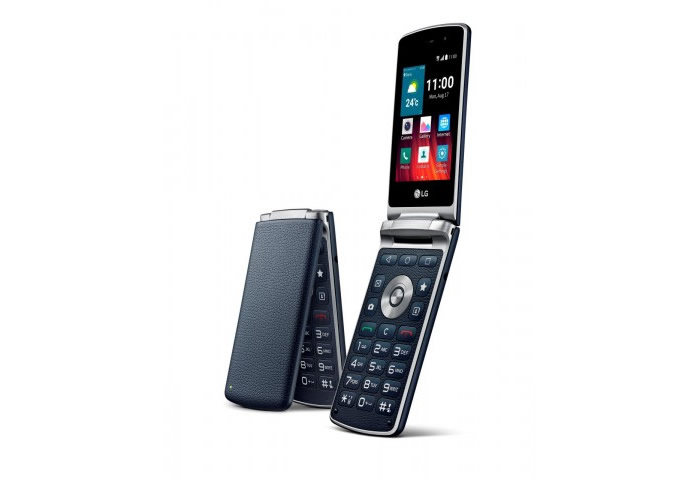 The LG Wine Smart will arrive with Android 5.1.1 Lollipop and offer 1GB RAM, a 1.1GHz quad-core CPU, 4GB storage (plus a microSD card for expansion), Wi-Fi, Bluetooth and 4G LTE. The 3.2-inch display may be difficult to deal with, especially if you are moving to this purely for experimental reasons. The price isn’t revealed yet, but we’re expecting it to hit the lower budget market.