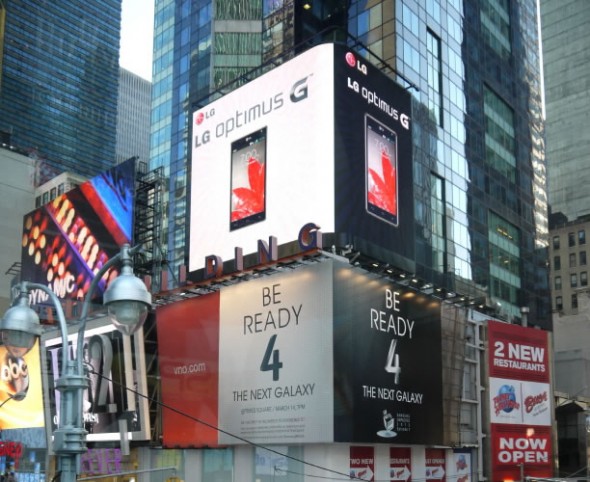 The Korean chaebols are at it again, with Samsung gearing up to last minute preparations of the launch of its much awaited Galaxy SIV, LG decided to poke some fun at its arch rival by placing an ad for its Optimus G smartphone right above Samsung’s billboard. It is the first time the Korean giants have locked horns the ad space, in the past Samsung has taken a jab against Apple and Blackberry.