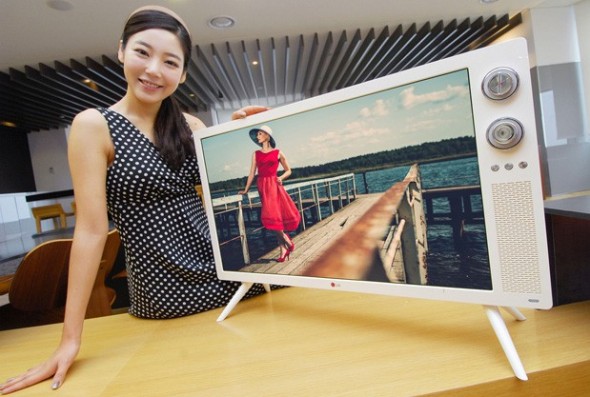 Being a child of the ‘80s all tings retro or old fashioned tends to grab my attention so naturally when we came across a fabulous new HDTV with a few ‘bygone era’ styled tweaks, we just had to let you know. LG’s 32LN630R is a new full HD supported TV equipped with a 32 inch IPS panel display and to give that cool retro feel, the company has incorporated a couple of quaint old wood-trimmed dials – one for channel changing and other a good old fashioned volume knob. What makes it even more enticing with that olden days flare are the little pin legs used for a stand.


Don’t let the dials fool you though, the 32LN630R is just as modern and teched out as they come. From HDMI to MHL support the TV is ready for your PS4, Blu-Ray player and smartphone. It also supports USB connectivity so you can access and play media from a thumb drive and or HDD when required. As of now, LG hasn’t mentioned just where this quaint but modern HDTV would make its appearance but the US isn’t on the list yet. Let’s at least hope that Asia and Europe feature on that list, I know I’d definitely love to have this adorn my living room mantel.