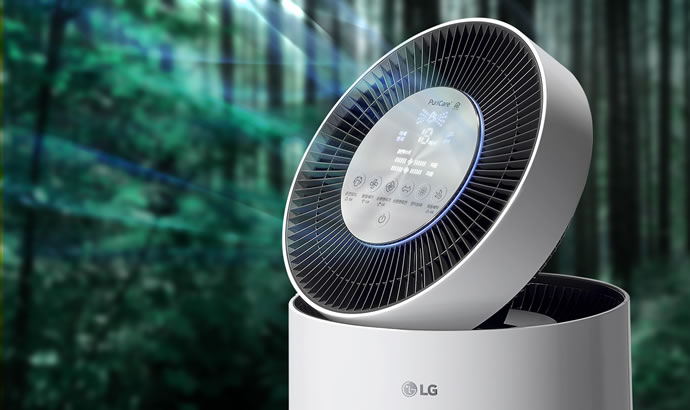 LG today announced the release of a new intelligent air purifier in South Korea for consumers who have pets. The LG PuriCare 360-degree air purifier has a photocatalytic honeycomb filter that offers advanced deodorizing. The filter removes harmful substances such as ammonia, acetaldehyde and acetic acid, which are the main components of odors from pet feces. The filter lasts roughly for a year and breaks down harmful gases in response to light, such as fluorescent light and sunlight. When operating in pet mode, the LG PuriCare 360-degree air purifier increases air volume by up to 70 percent compared to the auto mode and removes pet hair and dust. 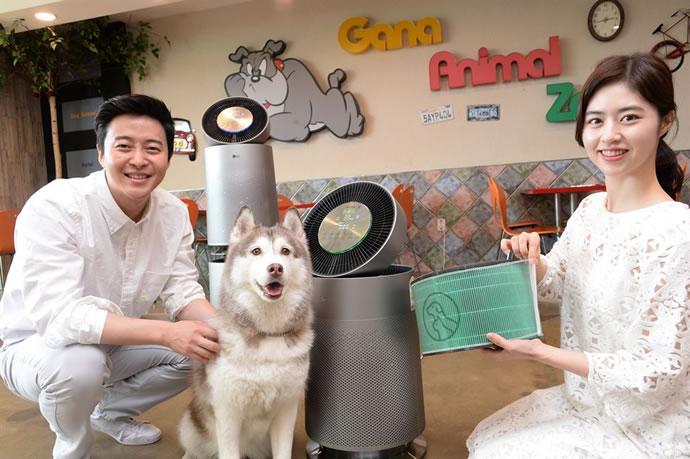 The appliance purifies air with its 360-degree air intake and a booster that creates a strong air flow for faster cleaning. The air purifier comes with an advanced smart sensor that checks on pollution levels to keep the purifier operating at peak effectiveness. Parents can check indoor air quality from their smartphones and activate the air purifier when the need arises. The intelligent air purifier will alert user when its filter needs replacing. The new device is capable of removing particles under 0.01 micrometer in diameter while also eliminating unpleasant smells. The new LG air purifier comes in two sizes. The smaller version is available for approximately for 1.19 million won ($1,040) and the bigger one for 1.56 million won ($1,346).