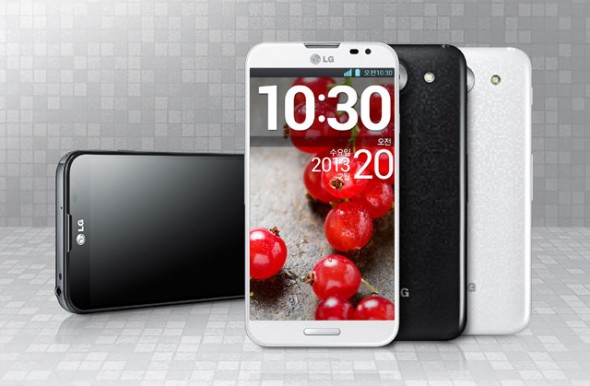 The world sees more hope in the phablet arena, drawing a line past everything that is 5-inches and beyond in screen size. The LG Optimus G Pro stands as no exception. The 5.5-inch HD display offers full 1080p delights, under which runs a powerful Qualcomm Snapdragon S4 Pro CPU with 2GB RAM, a 3140mAh battery and 32GB of internal storage. Some may complain about no microSD expansion. Plainly speaking, the phablet looks more promising a prospect for those who would like to indulge in visual pleasures and clearer picture on the display.


There’s not much novelty to be found as per these initial specifications. However, it will be instrumental in raising the bar for the next Nexus phone. Yesterday, the company announced the lower-end line comprising LG L5II, L3II and L7II. MWC will play host to the same.