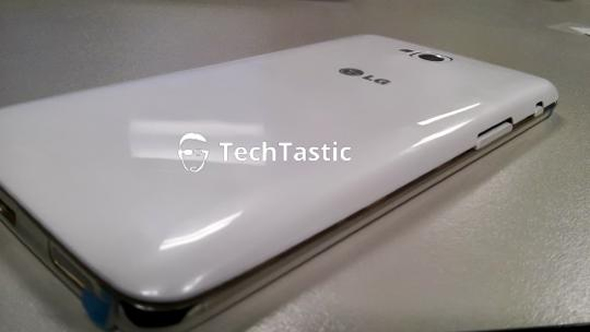 Could this be the LG Nexus 5?

So contrary to what we presumed about the next generation Nexus handset, it seems that LG might still be the manufacturer. Nothing has been officially announced just yet but leaked images of a would-be Nexus 5 handset have made it out. What looks like a tester device complete with LG branding is rumored to be the next Nexus handset for Google. It apparently bears a description of ‘Nxs5’, which, if we were to interpret it as short form texting lingo, would translate to ‘Nexus 5’.


As there’s no official word on the handset or its details, what one can see from the image is that the rear panel is apparently removable. This would be a great and necessary change from the Nexus 4’s sexy looking but brittle as ever rear surface that could shatter into a thousand shards upon impact. It also looks a little like a polycarbonate chassis which would make it more durable but possibly less attractive. A removable battery however will make a good change nonetheless. It’s possible we could see the handset make its debut in the next couple of months, perhaps October or during IFA this year. Specifications are yet undisclosed but let’s just hope it’s on the same lines as the higher end G series devices.