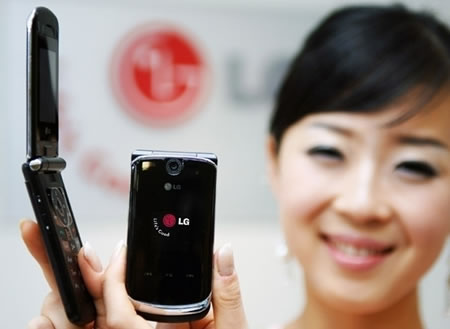 LG has unveiled the KG810 super slim clamshell phone which is similar to the Chocolate phone. The Quad band GSM phone will be sold in Asia, China, Europe and CIS markets. The LG-KG810 features Bluetooth connectivity, 1.3 Megapixel camera with video recording, FM radio and voice memo. The KG810 adopts the same touch sense technology for MP3 controls which are located on the front flip of the phone. The buttons are use an infrared sensor and will not be activated in your shirt pocket. Further details such as internal memory, memory card slot etc are not known.

The LG-KG810 is just 14.6mm thick, pricing and availability is not known yet.