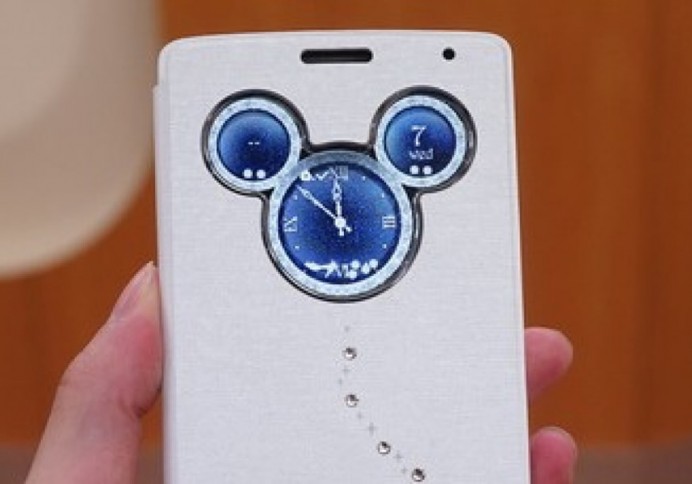 LG have tied up with jewelry giants, Swarovski, to roll out a smartphone that defines opulence and child’s play, all in one sleek device. The phone is LG’s eighth entry into Japan bearing the Mickey Mouse theme, and this time it shows off Swarovski crystals all around it. The very fact that we have eight versions of Disney’s favorite mouse on phones illustrates the love for the character across Japan. It has been code-named LG DM-01G. Specifications include a Qualcomm Snapdragon 801 chip (similar to the one that powered the Samsung Galaxy S5), 2GB RAM, 16GB internal storage, a 5.2-inch IPS panel display and a 2,920 mAh removable battery. The device will be based on Android 5.0 Lollipop bearing the LG UI and a number of themes inspired by Disney.

The handset arrived on NTT Docomo, all set to be a Japan-only release. The LG DM-01G surely doesn’t seem to be the last handset from the house of LG to be themed around a Disney character.