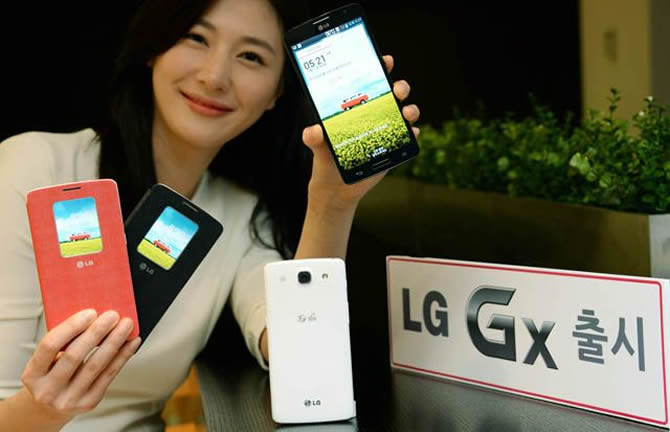 Arriving with a 5.5-inch display and a 13-megapixel camera is the all new LG Gx smartphone. It has been officially announced in South Korea, the company’s home turf. The IPS display of the phone will support resolutions of up to 1080×1920 pixels. As good as it is outside, on the inside the LG Gx packs some interesting capabilities, made possible by quad-core Qualcomm Snapdragon 600 CPU, 2GB RAM, 32GB internal memory and a 2.1-megapixel front-facing camera. In addition to this, the phone also packs a dependable 3149mAh removable battery and 2.6GHz broadband 4G LTE support. Size-wise, the screen size makes the dimensions quite obvious. At 150.6mm x 76.1mm x 9.2mm, the chassis is quite large for those with small palms and those who would refrain from speaking directly into a 167 grams device.

The LG Gx will arrive in white and black shades and cost a minimum of $800, should you want to bring it home in all its unlocked glory.