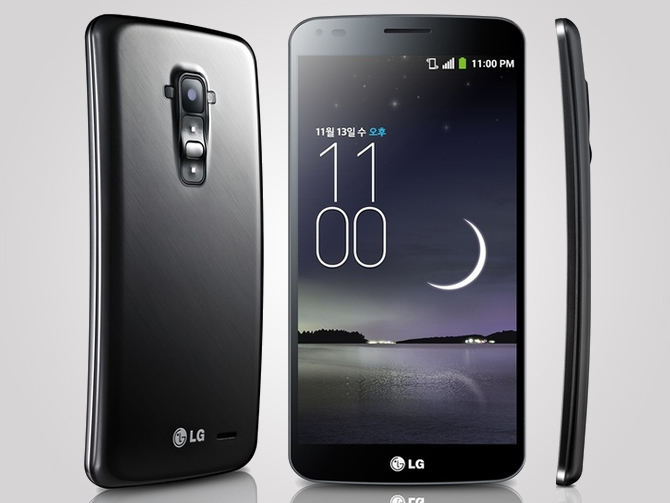 You’ve seen the Samsung Galaxy Round with its curved display so naturally you can’t expect the local competition to be far behind, enter the LG G Flex. Take its cue from the G Pro (read review here), the G Flex also features the rear access panel with volume and power/sleep/shutter release controls, all of this with a curved design that’s not unlike the Round. Some of the software features that LG has included with the device include a slightly un-conventional lock screen, called the ‘swing lock screen’ that allows users to directly access apps required with a pinch-type function. According to reports, the G Flex’s outer casing has a sort of X-Men Wolverine type coating that is supposed to ‘self-heal’ (?!!) scratches. This is all largely to a protective film that’s designed to conceal scratches very cleverly.


According to LG, the G Flex’s curved design will actually make taking calls a whole lot easier due to the curvature of the body and would also provide a more ‘immersive’ video experience, we’re not sure how. The 6 inch curved OLED display has a 720 x 1280 pixel resolution and other specifications of the G Flex include a 13MP camera, 3,500 mAh battery and runs on a 2.26-GHz quad-core Qualcomm Snapdragon 800 processor with 2GB RAM. The handset weighs in at an impressive 177g. The curve along the G Flex’s horizontal axis makes puts it between 7.9 and 8.7mm in depth at various points. Initially the handset will be available only in LG’s home base i.e. South Korea just like the Galaxy Round. If the trend catches on we’re surely going to see more of the super curvy handset make their appearance. It’s about time we’re seeing some alterations to the now-hum-drum candy bar design. It is a little disappointing however that the promise of a “flexible” display that could possibly bend to our whims is still a long way off.