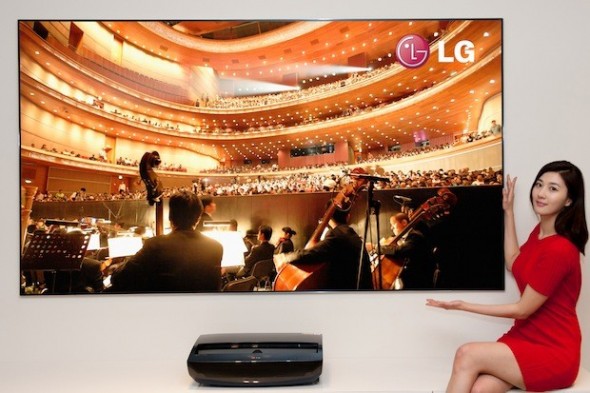 Two is always better than one. Hence when the LG Cinema Beam HECTO projector, that swayed us all at CES 2013, arrived with a 100-inch screen we have a lot to wish for, suddenly. This pair has been released in Korea, however, and when the two come together, they are capable of producing 1080p quality video from just 22 inches away. Now, however, it is called only the Cinema Beam TV and will show offa contrast ratio of 1,000,000:1 and compatibility via WiDi or Miracast to stream media from a remote device or computer, wirelessly. Further more, the company sings more songs of its new projector, claiming that the laser light source is eco-friendly, with a mercury-free design and extra long lifetime.


The LG Cinema Beam HECTO projector and screen are available in Korea for 9 million Won, that’s about $8,322. However, when it ships Stateside, we can expect a $10,000+ price tag.