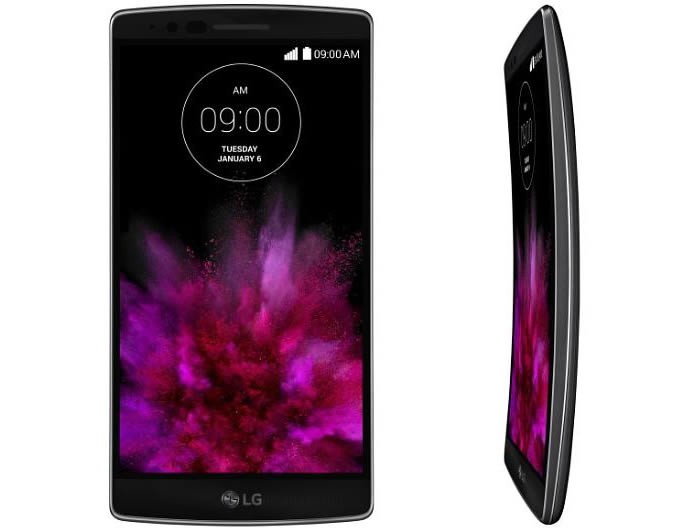 LG’s initial attempt at a phone with a flexible display (sort of) was the G Flex; with its curved, Phablet design and ‘Self Healing’ rear panel. It was a hit with some segments of Geekdom but others found it obtrusively large. However, the technology and actual flexibility of the phone more than made up for its minor shortcomings purely from an innovation point of view. At CES 2015, the South Korean electronics maker has announced the latest edition of the Flex in the form of the G Flex2 which appears to be a significant improvement over the last iteration.

All of that is packed into a super slim 9.4mm thin body that weighs in at just 512g. Personally, I’m thrilled that the manufacturer decided to scale down the overall size of the device as its older brother was a little too large to manage easily. Although a Full HD resolution is more than adequate for today’s usage, I’m just wondering why it’s been scaled down in comparison to LG G3’s QHD resolution. That being said, it’s surely going to help boost battery life. There’s also the fact that the camera is pretty much the same as the G3s with minor improvements and the battery capacity is scaled down compared to its predecessor.

LG’s on board software has also been tweaked to use more gesture based functions like Gesture View, Gesture Shot, and Glance View. According to the company, the new edition handset will have a faster and more effective ‘Self Healing’ rear panel as well. To add to that, the G Flex2’s cover glass is approximately 20 percent more durable (according to LG), thanks to a special chemical treatment technology developed by the company.

The LG G Flex2 will be available starting at the end of the month in Korea to be followed by additional global markets. The device will initially be available in two colors: Platinum Silver and Flamenco Red. Prices have not yet been announced but I can feel my G3 giving me that side-ways look as the drool forms on the corner of my mouth in anticipation.