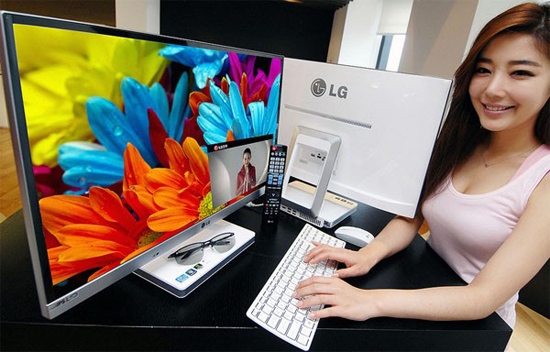 LG have made themselves more noticeable with the images of the 27-inch V720 series of all-in-one systems. The generous IPS HD panels will also include an optional Ivy Bridge processor, according to a report. Among the pleasantries that will arrive at your doorstep, the device will consist of a high-end model with Intel’s 3rd generation Core i5 processing and IPS 3D panel, and a lower end 2nd generation model with Core i3 processing and the same display without the 3D. You can also look forward to Nvidia GT640M 1GB graphics, USB 3.0, 8GB DDR3 RAM and 750GB storage. We can expect this to only grace Asia though.