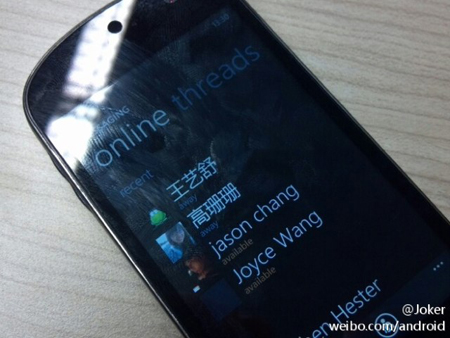 Lenovo’s next Windows Phone adventure to come by H2 2011

Lenovo have something going good for them and the Windows Phone platform, or at least that’s what the makers of the phone have established for themselves. It seems that the news leaked out by a LePhone product manager may be critical when it comes to altering so many wish lists. With a total of just 700,000 phones sold since May 2011, it is quite possible that the much spoken about Windows Phone for Lenovo is finally alive and breathing. The Product Manager leaked some good news of this possible release in the horizon. So the collateral damage are our wallets.

The Nokia Lumia series seems to be basking in glory anyway. The Windows Phone platform has leagues to overcome Apple or Android offerings. Let’s just bring about a celebration to the Lenovo camp whenever you feel the time’s right.
Engadget