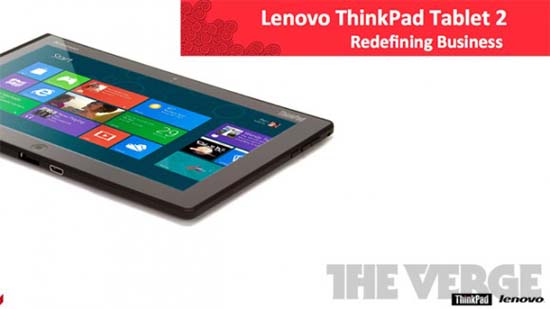 It’s good to hear that things as promising and major as the Lenovo ThinkPad Tablet 2 are in the horizon. The tablet brings with it the promise of Windows 8 OS and some interesting specs that have come to our attention thanks to a leak. The tablet will feature a 10.1-inch IPS display, two cameras for you know what, over 10 hours battery life, NFC, fingerprint scanning and a slender body that’s just under a centimeter in thinness.