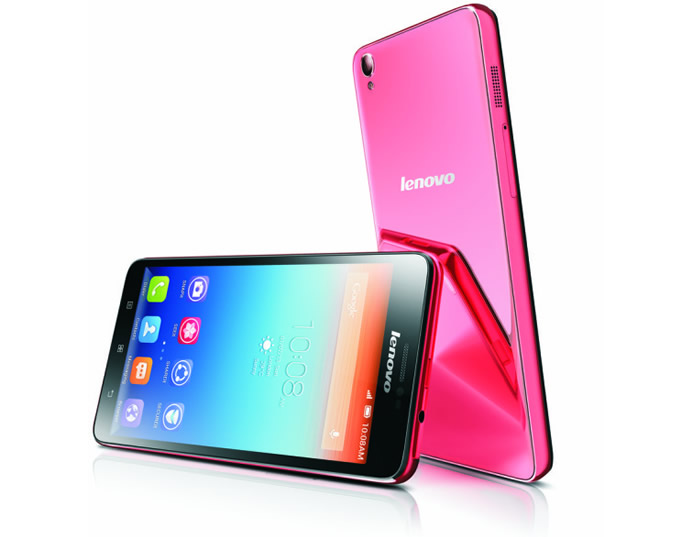 Lenovo smartphones might not be very popular outside of China, but by buying Motorola from Google, the company has made its plans to improve its market presence across the globe clear. In an attempt to woo design-savvy smartphone buyers, Lenovo has launched its all new ultra-thin S850 which has an elegant all-glass body. At 8.2 mm, the Lenovo S850 is one of the slimmest devices available in the market and is thinner than both Samsung Galaxy Note 3 and LG G Pro 2. Unveiled at the Mobile World Congress today, the S850’s glass body will come in pink and white. But the most noticeable feature of the handset is the back-lit logo on the back-plate. Though Sony Xperia phones have lit notification strips but it’s for the first time we have come across a phone with a back-lit logo.

The S850 is a mid-range device powered by a quad-core MTK processor, and features a 5-inch HD (1280×720) display along with a 13 MP rear and a 5 MP front camera. But strangely enough, it won’t come with Android 4.4 KitKat out of the box and rather will run on Android 4.2. The smartphone has 1 GB of RAM and 16GB of internal memory. This S850 will be priced at or around $269 off-contract when it’s released this year in selected markets.